The alternating softener is more traditional in the boiler treatment industry and gives the customer a lot of wiggle room for changes in condensate return, hours of operation, water hardness, etc. If the end user is on a water management program with Nalco, Betz or the such, their service rep is more comfortable with twin alternating systems. 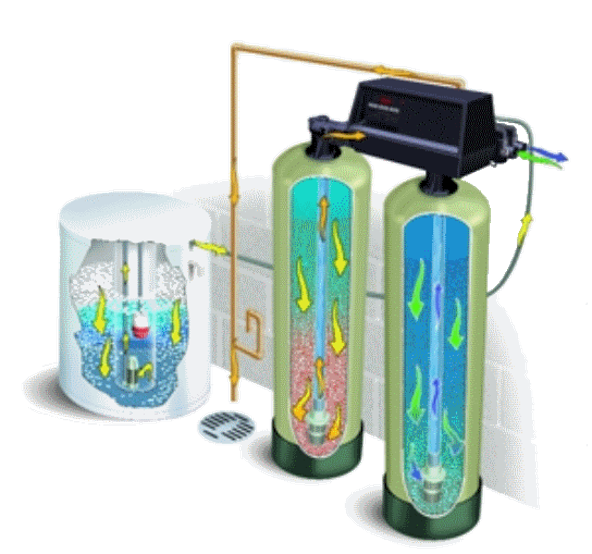 Hard water contains dissolved calcium and magnesium that can stick to bathroom and kitchen fixtures. Water softeners use sodium to remove those minerals, but some softeners dump large amounts of salt into drains in the recharging process one to three times a week.

Calcium and magnesium ions in hard water are replaced with sodium ions, softening the water.

Plastic beads are soaked in a strong brine solution to remove the calcium and magnesium buildup and restore sodium. 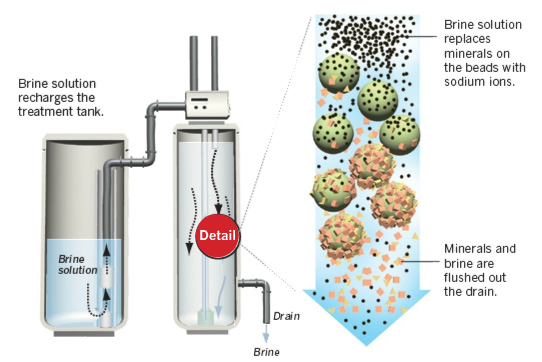 I. Determine softener capacity by using method A or B below:

III. Select a Softener that will produce the required capacity & flow rate.

*Even if all heat using equipment has steam traps and the condensate return appears to be 100%, never estimate over 85% return.